The Dunning–Kruger effect is a cognitive bias in which people of low ability have illusory superiority and mistakenly assess their cognitive ability as greater than it is. The cognitive bias of illusory superiority comes from the inability of low-ability people to recognize their lack of ability. Without the self-awareness of metacognition, low-ability people cannot objectively evaluate their competence or incompetence. – Wikipedia

Impostor syndrome (also known as impostor phenomenon, impostorism, fraud syndrome or the impostor experience) is a psychological pattern in which an individual doubts their accomplishments and has a persistent internalized fear of being exposed as a “fraud”. – Wikipedia 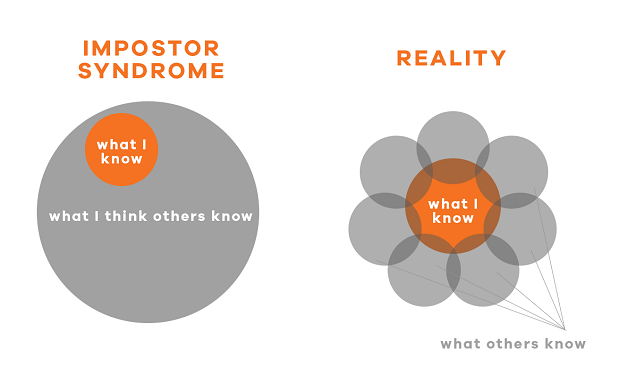